■What is Okinawa soba?

Okinawa soba, as the name implies, is a type of regional ramen from Okinawa. Okinawa soba has “soba” in its name, but it does not use buckwheat flour in its noodles. Since it is made by kneading kansui (a type of alkaline water) into wheat flour, its manufacturing method is similar to that of ramen noodles. The shape of the noodles varies depending on the area where they are served, but they are broadly divided into “flat noodles,” “curly thick noodles,” and “thin noodles,” which are characterized by their chewy texture and firmness. Also, the fact that it is boiled and then sprinkled with oil makes a big difference from ramen noodles. This is a process that was originally performed to improve storage stability in the days when there was no refrigerator, but this creates the unique feel of Okinawa soba.

The soup is basically based on pork bones and dried bonito flakes. It seems that the ratio determines whether the taste is rich or light.

The following are typical ingredients.

The resulting Okinawa soba is unique and does not resemble any types of the ramen born in mainland Japan. This is probably because Okinawa is an island far from the mainland of Japan, so it has the regional characteristics of being unaffected by the ramen culture of the mainland of Japan. In this way, the unique “Okinawa soba” mentioned above has been handed down to the present while being loved in the local Okinawa. In recent years, “Okinawa soba” as an Okinawan local dish has become well known all over Japan along with “Goya Chanpuru (Stir-Fried Bitter Melon)” and “Umi budo (sea grapes)”, and now you can easily find a restaurant where you can eat Okinawa soba even in mainland Japan.

Currently, the consumption of Okinawa soba in the local Okinawa prefecture is more than 150,000 meals a day, and there are more than 300 specialty stores offering Okinawa soba, which is widely loved by Okinawans, but if you trace the history it dates back to the royal cuisine of the Ryukyu Kingdom 450 to 500 years ago (The Ryukyu Kingdom is a kingdom that once existed mainly in Okinawa from the 15th century to the 19th century). At that time, the Ryukyu Kingdom was active in trade with China, and it is said that the Chinese noodle food culture was transmitted at that time. However, at that time, it was mainly served as a court dish, so it seems that it was rarely eaten by the ordinary citizens.

It is said that the number of restaurants offering Okinawa soba in Okinawa has increased and the ordinary citizens began to eat Okinawa soba after the latter half of the Meiji era (1868~1912). However, the soup at that time was mainly based on soy sauce, and as a result of repeated improvements to match the taste of Okinawans, it seems that the soup is based on pork bones and dried bonito as it is today.

Currently, October 17th is designated as “Okinawa Soba Day” by the Okinawa Raw Noodle Cooperative. In fact, this has a notable episode behind it. The story started in 1976, when the Fair Trade Commission in Japan notified the Okinawa Raw Noodles Cooperative that “Okinawa soba does not use buckwheat flour at all, so it should not be labeled as “soba”. As mentioned at the beginning, Okinawa soba contains the name “soba”, but it does not use buckwheat flour as a raw material. However, in Japan, it was a rule that 30% or more of buckwheat flour had to be used in order to display the name “buckwheat” on products.

Therefore, in order to protect the name of “Okinawa soba”, which has already been loved locally, Kenichi Doi, who was the chairman of the Okinawa raw noodle cooperative at that time, developed a movement to keep the name of “Soba” for Okinawa soba. Thanks to that, They were finally able to officially receive the designation of “Okinawa soba” from the Japan Fair Trade Commission on October 17, 1978. To commemorate this, October 17th was established as “Okinawa Soba Day” by the Okinawa Raw Noodle Cooperative.

■About the difference between “Okinawa soba” and “Soki soba”

Some people who have already eaten Okinawa soba may be wondering, “Okinawa soba I ate was called Soki soba, but how is it different from Okinawa soba?” Here, let’s clarify the definition of each name.

Generally speaking, “Okinawa soba” uses Sanmainiku (pork ribs with skin slowly simmered in sugar and soy sauce) as the main ingredient, as mentioned at the beginning. Soki (pork spare ribs) is used instead of Sanmainiku, which is called “soki soba”. When divided into small pieces, it seems to be divided into “Hon soki” with hard bones and “Nankotsu soki” with soft bones. The bones of the Hon soki are hard and cannot be eaten, but the one of Nankotsu soki is so soft that it can be eaten. Both seasonings are carefully simmered in sugar and soy sauce, so they go well with the light Okinawa soba soup.

■Was lye used in the past? How to make Okinawa soba noodles

Currently, Okinawa soba noodles are made from wheat flour, salt water, and kansui. Of these, many people may not be familiar with kansui, but kansui is an aqueous alkaline salt solution used in the manufacture of Chinese noodles, etc., which is mixed with wheat flour to give the noodles a unique and smooth texture. This kansui also works to make Chinese noodles yellowish.

However, in the history of Okinawa soba, when it was difficult to obtain kansui, the supernatant liquid (lye) made by immersing the ash from burning trees living in Okinawa such as banyan tree (called gajumaru in Okinawa) in water was used instead of kansui. Like kansui, this lye also contains an alkaline component, which also gives the noodles a unique and smooth texture.

At the local Okinawa soba shop in Okinawa, seasonings made by bottling red peppers in liquid are almost always placed on the table. This is Kōrēgusu, which is a unique Okinawan chili sauce made by immersing shima tōgarashi (island chili pepper) in awamori (distilled sake from Okinawa). You may not have a chance to get it in the US, but if you have a chance to try it, first taste the original taste of the soup without adding this seasoning, and if you like, add a few drops of Kōrēgusu to change the taste. Let’s have fun.

■About restaurants that serve Okinawa soba in the United States

Okinawa soba is already popular in Japan, but unfortunately the recognition in the United States is still small compared to other types of ramens such as tonkotsu. However, if you like ramen and want to try a new type of ramen, it’s worth a try.

There are not many restaurants in the United States that offer authentic Okinawa soba, but I would like to introduce some restaurants. If you have a chance to visit nearby, please stop by. 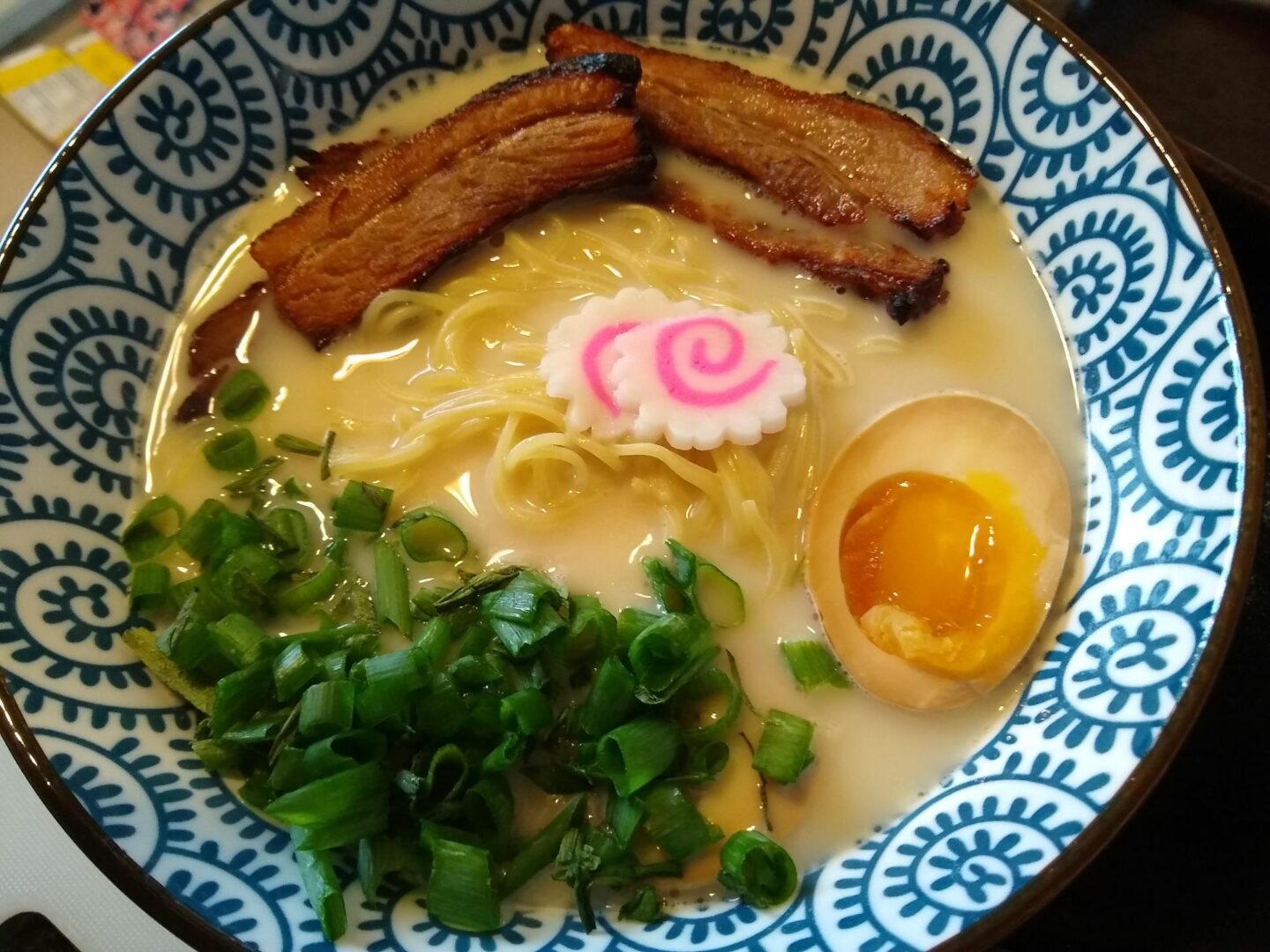 We approach the mystery of “Okinawa soba”, one of the regional ramens in Japan![TEST]

We approach the mystery of “Okinawa soba”, one of the regional ramens in Japan![TEST]